Next up we had three days of civilization planned with a stay at Emerald Beach RV Resort in Navarre, Florida. This section of the Florida Panhandle is called the Emerald Coast

. In our westward push, we have traveled from the Nature Coast to the Forgotten Coast and now we have reached the Emerald Coast.

This was a nifty rv park. The sites were pretty close together, but the people were really friendly and nice. The rv park butted up to the shore of the Gulf and some sites actually had the Gulf at their back door. That would be pretty cool. The dog park also shared some of the beach and we enjoyed watching the sun set over the water and looking across the Gulf to the barrier island.

Navarre is sort of a bedroom community for Pensacola and the Naval Air Station. In fact the area is packed with military personnel from Eglin Air Force Base, Whiting Field Naval Air Station, Hurlbut Field and the NAS. At night we could hear the report of ordinance going off from training exercises. For the three days we spent in Navarre, our son Alex was constantly in my thoughts. Twice he was stationed at Corey Naval Air Station in Pensacola for training and being so proximate to a place he had lived, kept him front of mind. As we traveled around, I had to wonder if he had been in the same places. 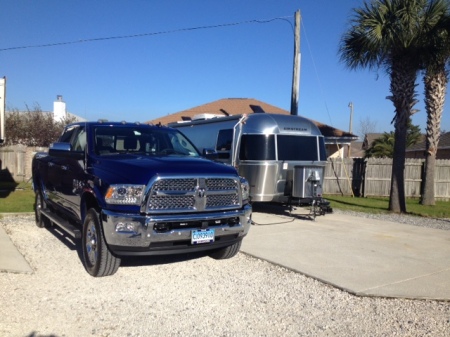 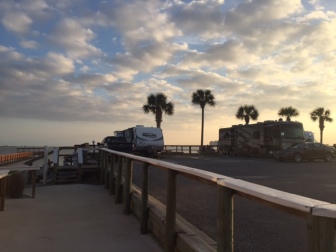 Sometimes Dakota is a very funny traveling companion. Certain things just set him off and Emerald Beach hosted two of them. Next to our trailer was a Fifth Wheel with a statue of an owl out front. Dakota would go crazy when he saw that owl. He actually attacked it one day and was shocked when it turned out to have a bobble head. He was equally upset by a cement statue of a dolphin. Something like that can really tire a guy out.

There weren’t a lot of hiking opportunities in the area, but we did manage to find one the first day. We headed about a half hour north to the Blackwater Heritage State Trail in Milton, FL. This is a 9 mile long rails-to-trails trail which follows the former Florida and Alabama Railroad. The railroad hauled lumber from nearby Bagdad, Fl up to Whirley, AL and later was used to haul airplane fuel to the nearby Whiting Field. 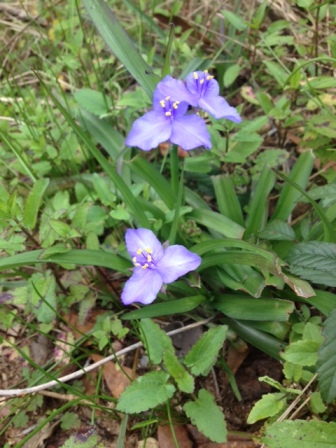 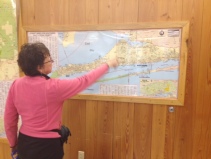 The ranger station for the trail used to be a railroad depot. At first it looked closed and deserted, but Jim peered through the window and the ranger opened the door apologizing that it seemed closed. He was a very friendly fellow and gave us background on the trail and the area. The portion of the trail we walked starts out in Milton and is lined with a few homes and then becomes mostly woods and fields. The day was a little overcast and cool and this made our walk pleasant. The Florida sun is so strong, sometimes a little cloud cover is a relief. We met very few people on the trail.

After our walk, we headed back down Route 87 to Navarre. This highway is lined on both sides with thick pine woods. The highway used to be a two lane road, but is currently under construction to become four lanes. I guess another quiet corner of Florida is about to be subsumed with gas stations and strip malls. There sure are a heck of a lot of gas stations. 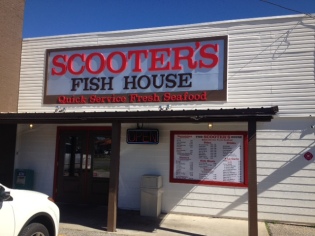 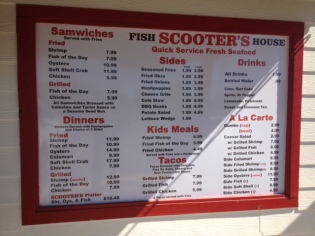 We stopped for lunch at a spot we had noticed driving up 87 earlier. Scooters looked like a good local spot boasting fresh seafood. It was a no frills affair. You placed your order as you entered, took a table and they called your number when the order was ready for pickup. It seemed quiet when we entered and ordered, but no sooner had we sat down then a flood of people arrived. The food was outstanding. Jim had a fish sandwich he said was the best he ever had and my fish tacos were delicious. I also tried fried okra for the first time which was pretty tasty as well. Somehow we made our way back there the next day and ate exactly the same thing all over again.

Day two in Navarre was reserved for a little sightseeing. We drove a big loop west through the town of Gulf Breeze which was pretty much an extension of Navarre. Strip malls lined each side of the Highway 98 offering shopping, fast food, more gas stations and an occasional apartment complex. We banked left just before the bridge to Pensacola and drove through Pensacola Beach. What a desecration! This place was so overbuilt and

hideously tacky, it could be hell on earth. The houses were on top of each other and the only thing more unattractive were the monstrous high-rise condos. Garishly-signed bars and plastic-looking restaurants beckoned sunburned tourists to waddle in to over eat and over-imbibe. We had most definitely found the Redneck Riviera!

Two giant towers punctuated the end of this stretch of desolation. The contrast could not have been greater as we entered the Gulf Islands National Seashore. Pristine white sand beaches with small dunes dotted with brush stretched forward as far as the eye could see. We found a dog-friendly beach and wandered out to feel the sand in our toes and watch the waves roll in. The unparalleled beauty and quiet made Pensacola Beach that much more awful by contrast. Someone made a ton of money taking glorious natural beauty and turning it into a human cesspool. The unspoiled beaches were punctuated periodically with small parking lots. Joggers and bikers shared the road with the procession of cars and rvs. We drove for miles through this paradise.  At the far end, the national park ended and human habitation signaled a return to Navarre. The tall buildings we had seen across the gulf from the rv park signaled tomorrow’s equivalent of Pensacola Beach. It is a shame Mammon will lead yet another part of a beautiful state into ruin.